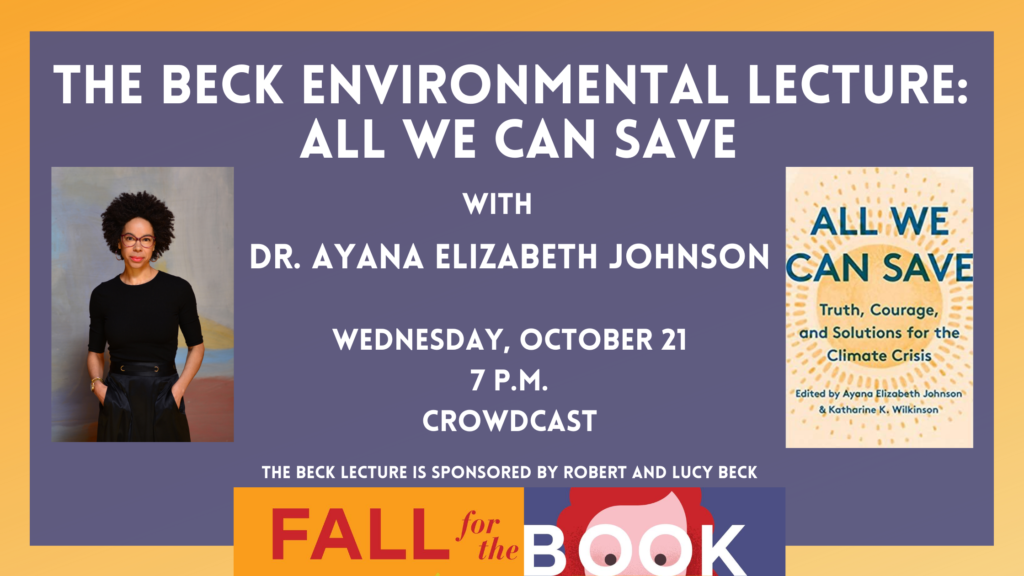 The Beck Environmental Lecture: All We Can Save with Dr. Ayana Elizabeth Johnson

Feminism and climate activism mix in the anthology All We Can Save: Truth, Courage, and Solutions for the Climate Crisis. Dr. Ayana Elizabeth Johnson speaks about this provocative collection of poetry, prose, and art from more than forty women who are leading the climate movement, including Naomi Klein, Kendra Pierre-Louis, Jacqui Patterson, and more. Kirkus Reviews calls it “a well-curated collection with many ideas for ways large and small to save the planet.” Johnson is a marine biologist, policy expert, and founder of the Urban Ocean Lab, a think tank for the future of coastal cities. The Beck Lecture is sponsored by Robert and Lucy Beck. 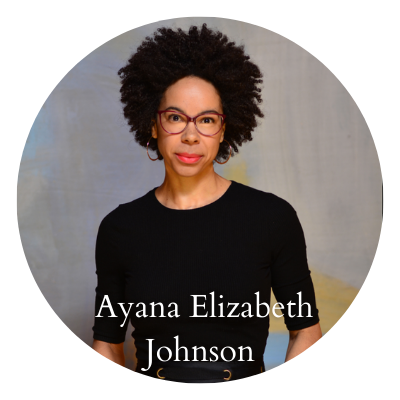 Dr. Ayana Elizabeth Johnson is a marine biologist, policy expert, writer, and Brooklyn native. She is founder of Urban Ocean Lab, a think tank for coastal cities, and founder and CEO of Ocean Collectiv, a consulting firm for conservation solutions. Previously, as executive director of the Waitt Institute, Dr. Johnson co-founded the Blue Halo Initiative and led the Caribbean’s first successful island-wide ocean zoning effort. She also developed ocean policy at the EPA and NOAA, and was a leader of the March for Science.
Dr. Johnson earned a BA from Harvard University in environmental science and public policy, and a Ph.D. from Scripps Institution of Oceanography in marine biology, with a dissertation on the ecology, socio-economics, and policy of sustainably managing coral reefs. The fish trap she invented to reduce bycatch won the first Rare/National Geographic Solution Search.
Her op-eds have been published in The New York Times, Washington Post, Los Angeles Times, and The Guardian, and she blogs on Scientific American. She was named one of Elle’s 27 Women Leading on Climate. Outside Magazine called her “the most influential marine biologist of our time.”
Dr. Johnson serves on the board of directors for the Billion Oyster Project, GreenWave, World Surf League’s PURE, on the advisory boards of Environmental Voter Project, Oceanic, and Scientific American, and as a fellow at The Explorers Club. Her mission is to build community around solutions for our climate crisis.