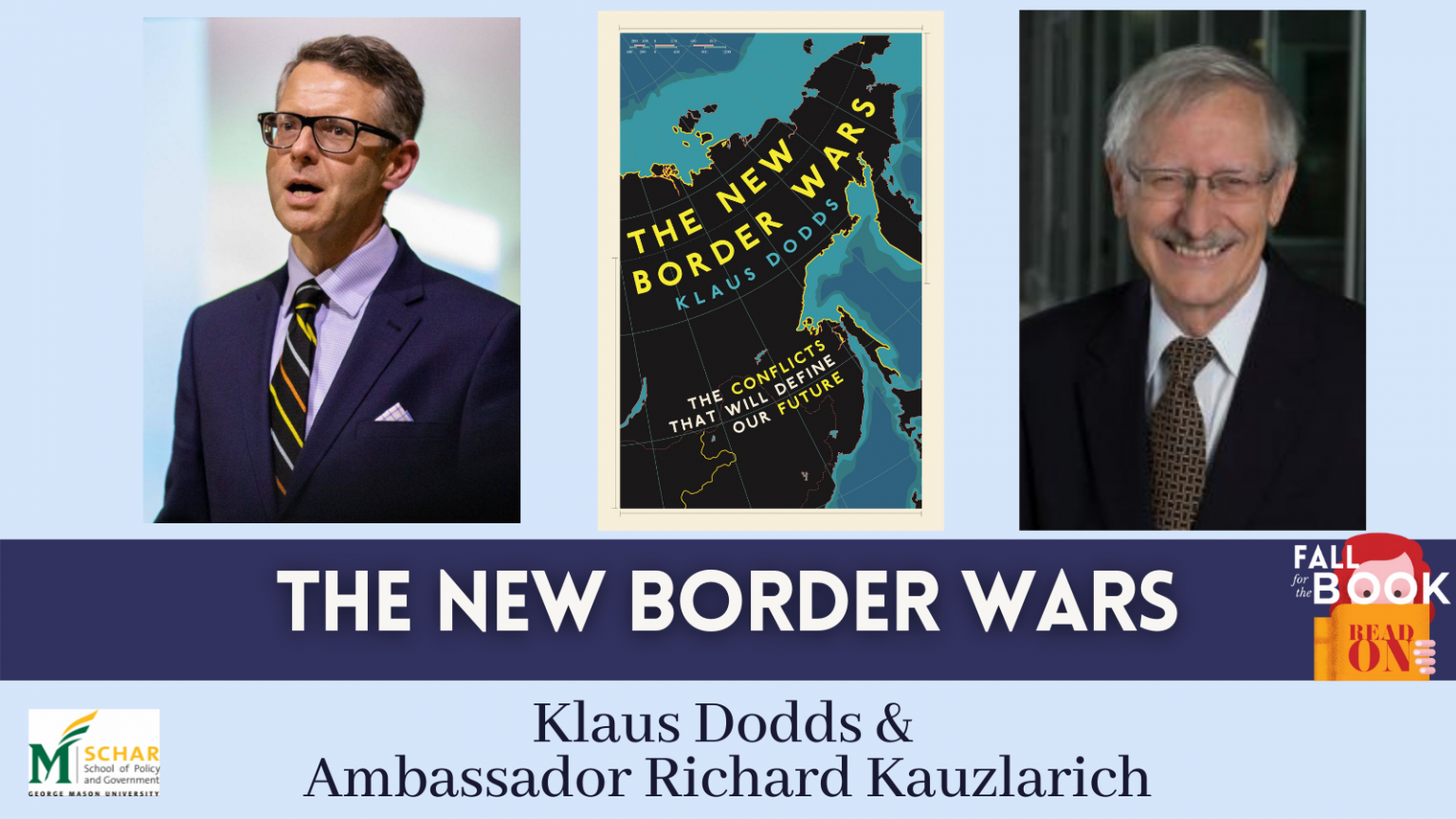 In The New Border Wars: The Conflicts That Will Define Our Future, Klaus Dodds examines the changing meaning of borders, from the fall of the Berlin Wall to 9/11, Palestine to Pakistan, and more. This geopolitical investigation covers the evolution of natural borders due to climate change and dangerous conflicts like the Gaza Strip. Geographical Magazine says, “This book could hardly be more timely… [Dodds] underlines the realpolitik of the world’s borders as entities that are both contested and (at least in normal times) surprisingly fluid.” Dodds is Professor of Geopolitics at Royal Holloway, University of London, and has served in an advisory capacity to NATO. Dodds will be in conversation with retired Ambassador Richard Kauzlarich, who had a 32-year career in Foreign Service, including serving as the US Ambassador to Bosnia and Herzegovina and Azerbaijan.

This event is sponsored by the SCHAR School of Policy and Government.

If the window below doesn’t appear, watch at https://www.crowdcast.io/e/fftb_borderwars 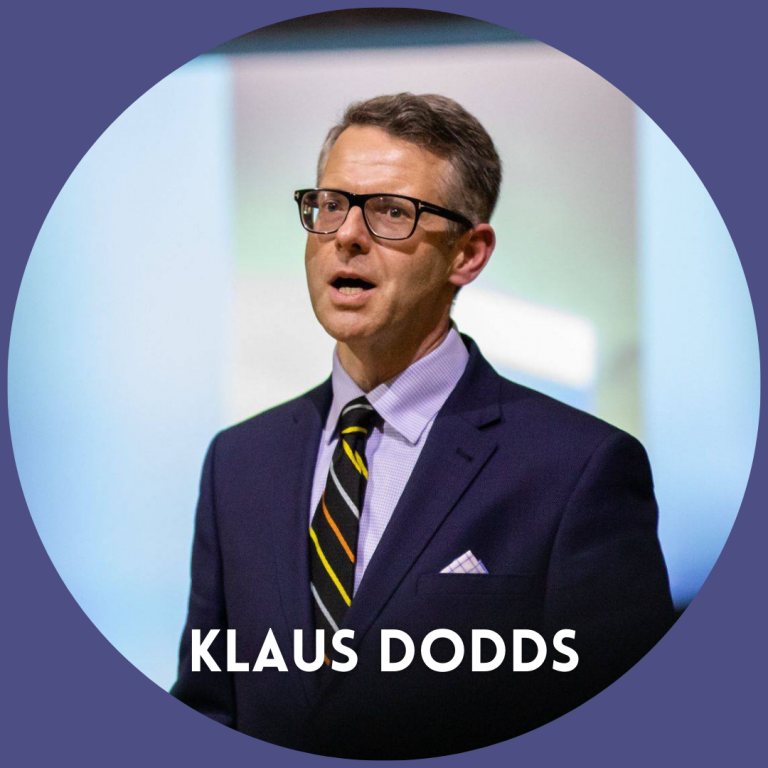 Klaus Dodds is Professor of Geopolitics at Royal Holloway University of London and a Fellow of the Academy of Social Sciences. He has held visiting fellowships at the Universities of Oxford, Loughborough and Canterbury in New Zealand as well as taught at the Cambridge University and George Washington University. In 2021-22, he will be a visiting professor at the College of Europe in Poland which teaches the next generation of European Union diplomats. His many books include Ice: nature and culture (Reaktion 2018) and Geopolitics: A Very Short Introduction (Oxford University Press 2019 third edition). Outside of academia, he has worked as a specialist adviser for the UK Parliament and served in an advisory capacity to NATO. 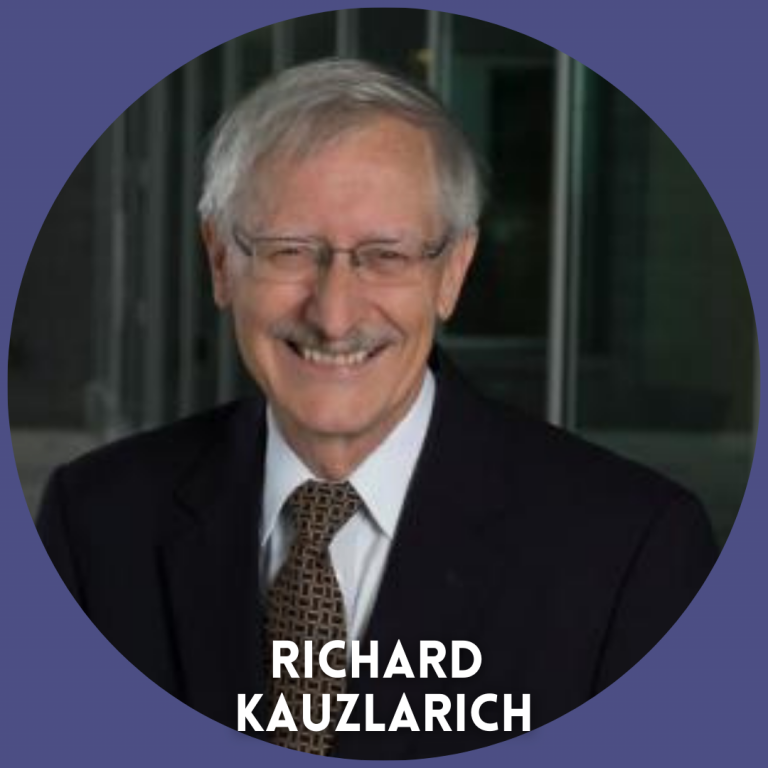 Ambassador Kauzlarich was National Intelligence Officer for Europe on the National Intelligence Council, Office of the Director of National Intelligence (ODNI) from September 2003 to April 2011. He received the National Intelligence Distinguished Service Medal for his activities. Before that position, he was Director of the Special Initiative on the Muslim World at the United States Institute of Peace. Ambassador Kauzlarich joined the Institute in spring 2002 after a 32-year career in the Foreign Service. He served as United States Ambassador to Bosnia and Herzegovina in 1997-99 and to Azerbaijan in 1994-97. He was Senior Deputy to the Secretary of State’s and the President’s Special Representative to the Newly Independent States (NIS) in 1993-94. He was Deputy Assistant Secretary of State in the Bureau of European Affairs in 1991-93, responsible for relations with the former Soviet Union and economic ties with the European Union. He also was a member of the U.S.- Russian Joint Commission on POWs.