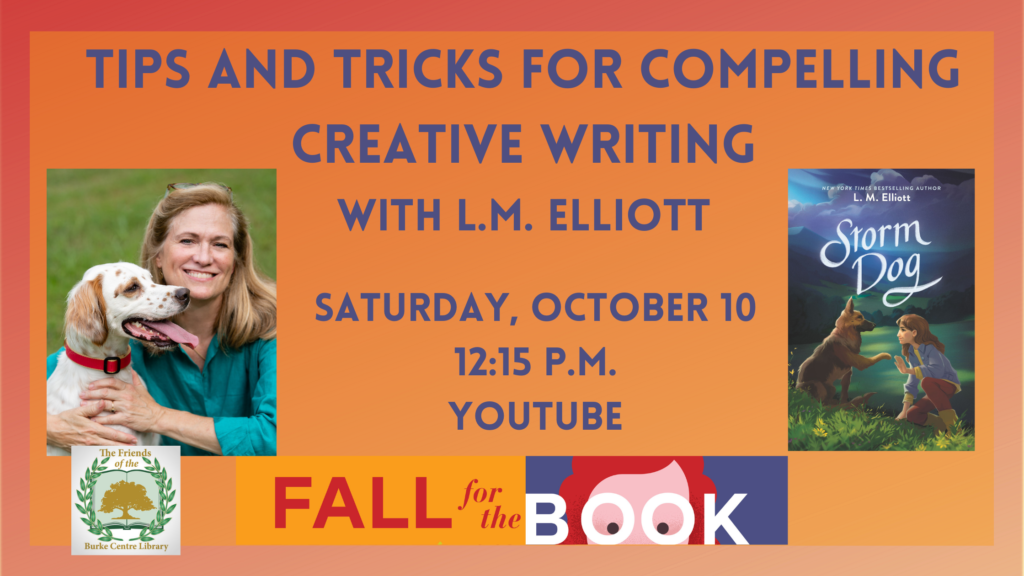 Tips and Tricks for Compelling Creative Writing with L.M. Elliott

What do dog dancing, apple blossom parades and wild mountain storms have in common? They’re all inspiration for L.M. Elliott’s newest novel, Storm Dog. Using these as examples, as well as her novels Hamilton and Peggy: A Revolutionary Friendship and Suspect Red, Elliott brings writers through her time-tested interview tips and research suggestions as she advises students on best practices for compelling, realistic writing. Then, work at your own pace through proven writing exercises to get the creative juices flowing. L.M. Elliott is a 20 year journalism veteran, and an author of 13 books. Sponsored by the Burke Center Friends. 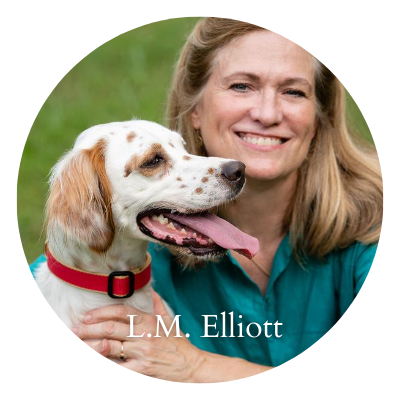 Her best known works include: Hamilton and Peggy: A Revolutionary Friendship, a biographical novel about the youngest of the Schuyler Sisters made famous by the musical Hamilton; Da Vinci’s Tiger, a biographical fiction about Ginevra de Benci, the teenage poet in Leonardo’s first portrait; and her WWII series about a young, downed B-24 pilot saved by the French Resistance: Under a War-Torn Sky, A Troubled Peace, and Across a War-Tossed Sea.

Elliott’s latest work, Storm Dog—a contemporary, whimsical story of a girl finding her voice through the redemptive magic of nature, music, a stray dog, and dog-dancing—took Elliott back to some of her first loves: the hills and streams of Virginia, school bands, and the embrace of a dog in need of love.

For more on Elliott and Storm Dog, please go to: www.lmelliott.com