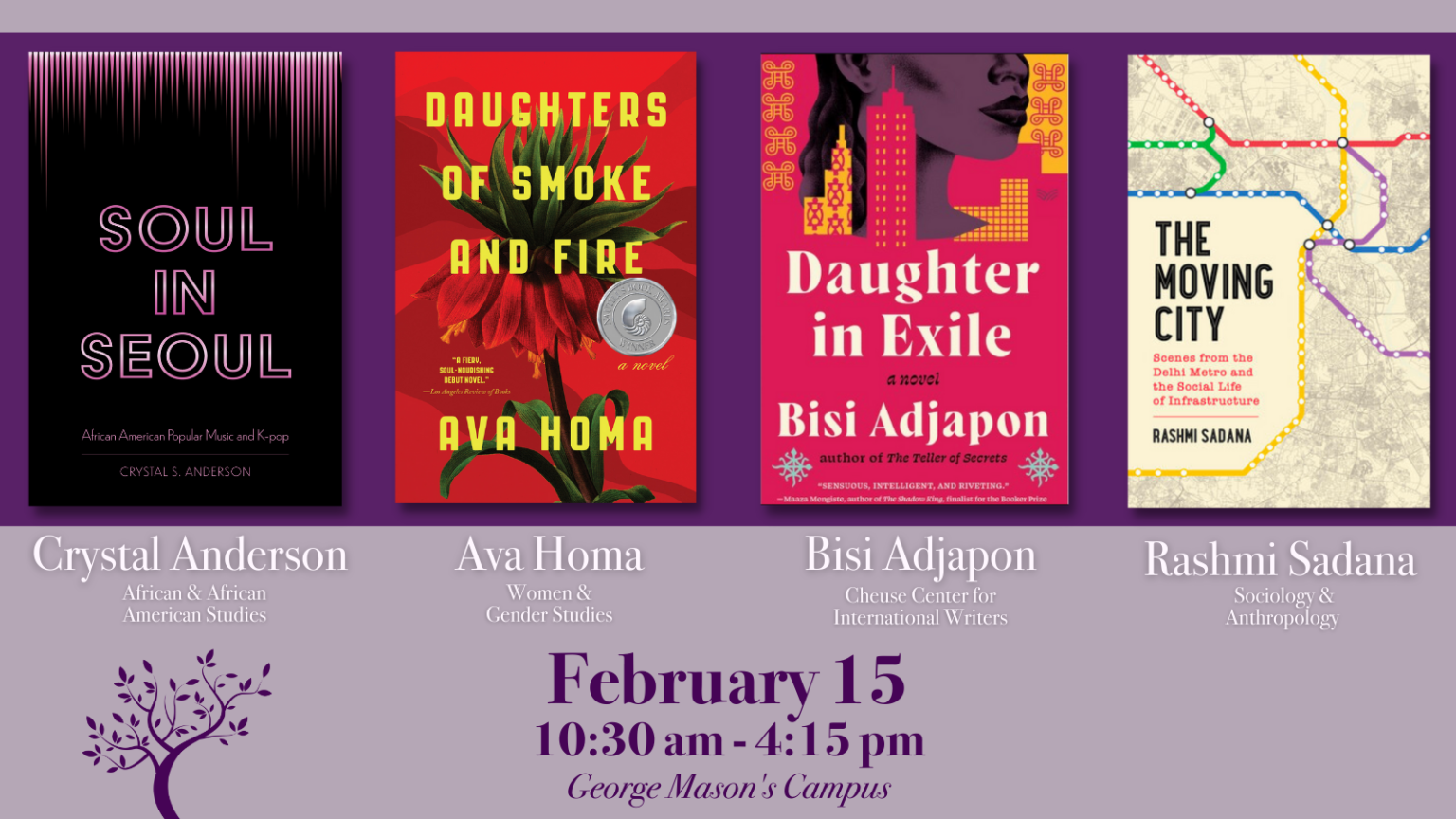 As part of Fall for the Book’s 25th Anniversary Year, we’re launching year-round programming, because we read all year round. Our new one day Mini Fest is part of our brand new design.

K-pop and R&B collide in Crystal S. Anderson’s Soul in Seoul: African American Popular Music and K-pop. Anderson shows how Korean pop groups incorporate elements of African American music culture in their songs, arguing that K-pop is actually a part of a global R&B tradition. Arts writer Pat Padua says that “Soul in Seoul is a labor of love, and K-pop junkies will eat it up.” Sponsored by African & African American Studies. 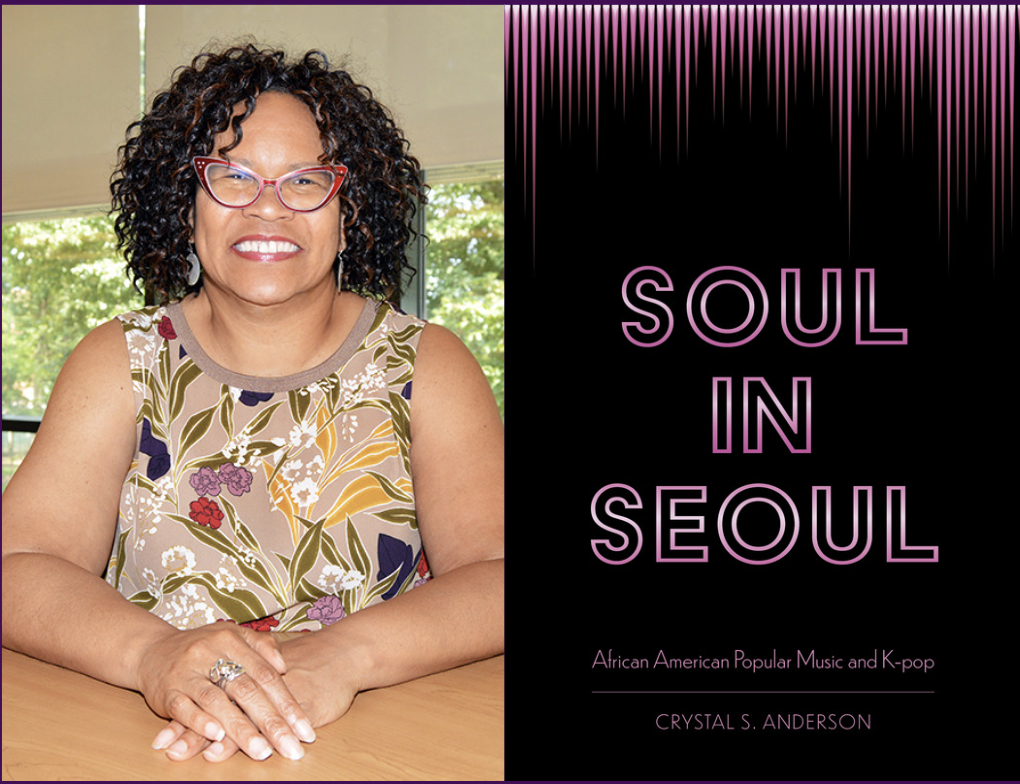 Dr. Crystal S. Anderson is an expert in Transnational American Studies, Black Internationalism and Global Asias and affiliate faculty in African and African American Studies at George Mason University. Her most recent book, Soul in Seoul: African American Music and K-pop (2020), explores the impact of African American popular music on contemporary Korean pop, R&B and hip-hop and the role of global fans as the music press. A veteran blogger on Asian popular culture and former associate chief editor for hellokpop, she also manages KPK: Kpop Kollective, the oldest and only site for public scholarship on K-pop.

Evocative and haunting, Ava Homa’s novel Daughters of Smoke and Fire explores identity, family, and oppression in the everyday lives of the Kurds. Leila, a young woman living in Iran, endures grave danger as she searches for her missing political activist brother. Roxane Gay calls it “A story of slowly-building self-liberation and resilience. . . . Our conversations around this book are going to be meaningful, engaging and urgently necessary.” Sponsored by Women & Gender Studies.

Ava Homa is an award-winning novelist, a journalist, and a human rights activist. Her bylines have appeared in publications such as the Globe and Mail, Literary Hub, Toronto Star, Literary Review of Canada, Room Magazine, and many more. She has spoken about women’s rights across North America and Europe, including at the United Nations, Geneva. Ava has a Master’s degree in Creative Writing from the University of Windsor, Canada. Her book of short stories on modern Iranian women Echoes from the Other Land was nominated for the 2011 Frank O’Connor Short Story Prize. Her debut novel Daughters of Smoke and Fire, the story of a Kurdish woman’s search for justice and freedom, won the 2020 Nautilus Book Award. Daughters of Smoke and Fire was also nominated for the 2022 William Saroyan International Writing Prize and it’s Roxane Gay’s book club pick. 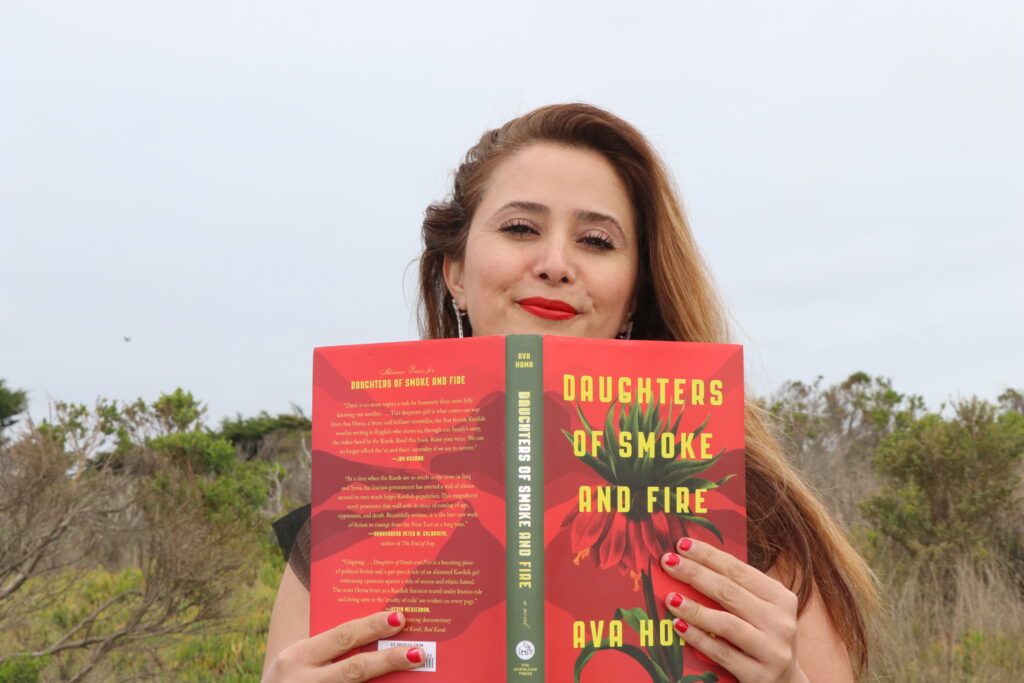 Bisi Adjapon’s Daughter in Exile is a poignant novel about family, immigration, and adversity. Lola, a young Senegalese woman, gets engaged to an American Marine without her family’s approval, and must move to the US, pregnant and alone. “Insightful and riveting,” author Maaza Mengiste says, “Daughter in Exile is a deft exploration of motherhood and love, told through the eyes of a young woman determined to create her world on her terms.” Adjapon will be in conversation with Helon Habila, most recently the author of the novel Travelers. Adjapon and Habila will also be joined by artist Bennie Herron, who will be displaying his original artwork from the Mason Exhibition Origin Stories. Sponsored by the Cheuse Center for International Writers. 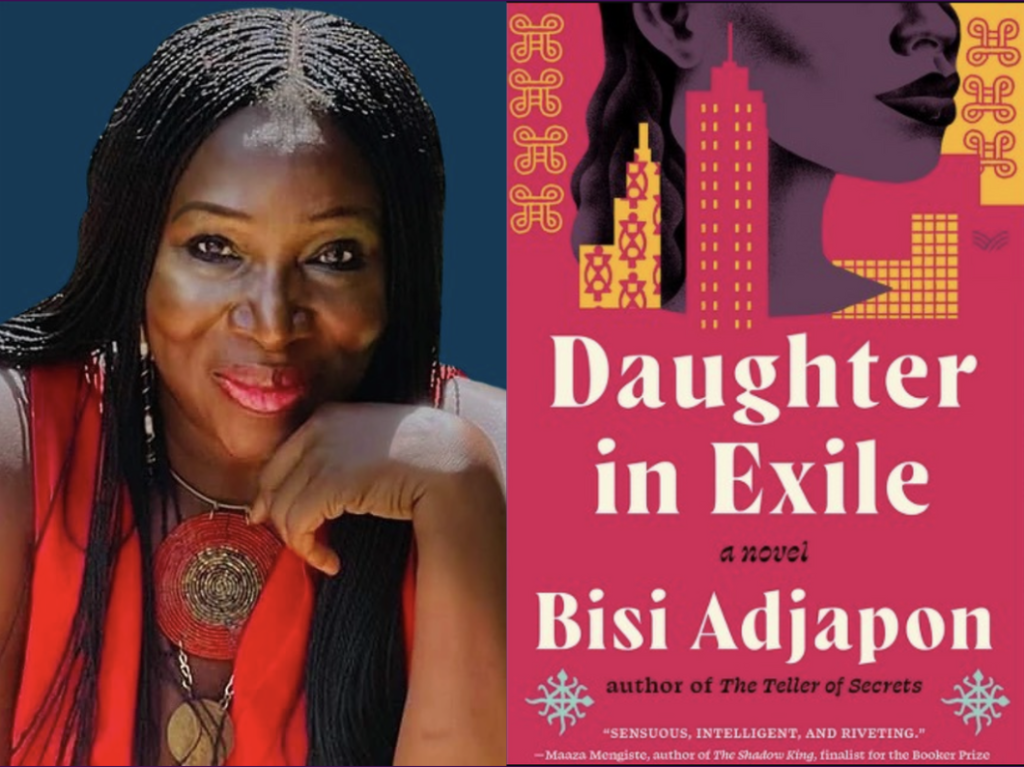 Bisi Adjapon is the author of the critically acclaimed novel The Teller of Secrets, whose short story version, Of Women and Frogs, was nominated for the Caine Prize. She has written for and been featured in many publications including McSweeney’s Quarterly, the Washington Post, Ms Magazine, Aljazeera, the New York Times, The Guardian and the Washington Times. She founded and ran the Young Shakespeare company for four years, and, as an International Affairs Specialist for the US Foreign Service, she won the Civil Rights Award for Human Relations. As an educator, she won an Excellence in Teaching award. She divides her time between Ghana and America. 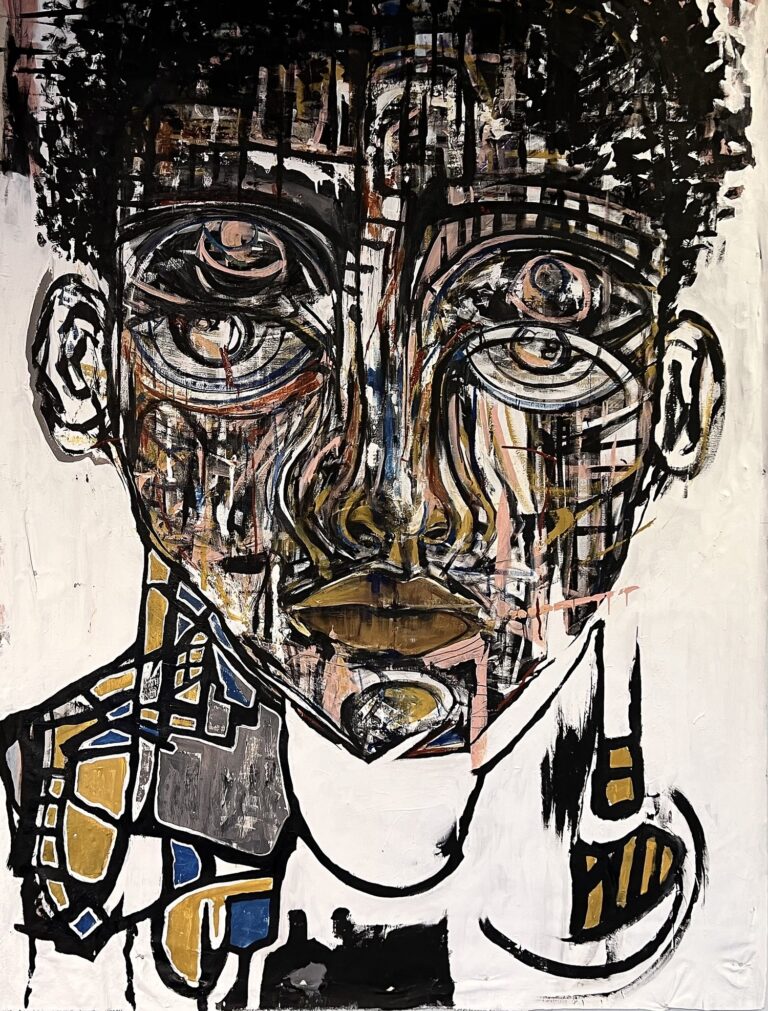 Next Stop, Delhi: The Moving City

Take a ride with anthropologist Rashmi Sadana as she discusses urbanization, inequality, and the lives of ordinary people in The Moving City: Scenes from the Delhi Metro and the Social Life of Infrastructure. In her book, Sadana provides first hand accounts from Delhi residents, and discusses how the Metro is deeply impacting the city, both geographically and socially. Asian Anthropology calls it a “delightful and interesting twist on ethnographic writing.” Sponsored by the Department of Sociology & Anthropology.

Rashmi Sadana is Associate Professor of Anthropology at George Mason University and directs the Urban Research Hub in Mason’s Center for Social Science Research. She is the author of The Moving City: Scenes from the Delhi Metro and the Social Life of Infrastructure (University of California Press, 2022), English Heart, Hindi Heartland: The Political Life of Literature in India (University of California Press, 2012) and co-editor of The Cambridge Companion to Modern Indian Culture (Cambridge University Press, 2012). Rashmi has received fellowships from the National Endowment for the Humanities, American Council of Learned Societies, American Institute of Indian Studies, and Weatherhead Foundation/School for Advanced Research. 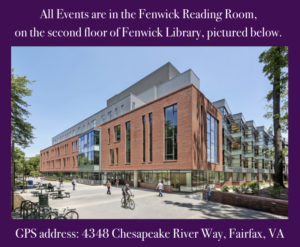