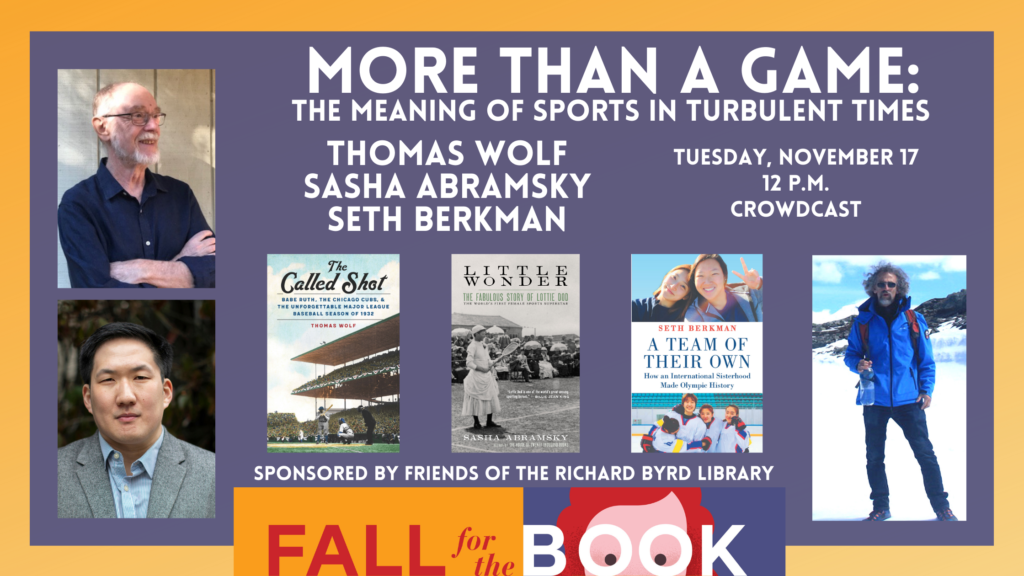 More Than a Game: The Meaning of Sports in Turbulent Times

Three authors discuss the significance of sports at moments of societal change, in both our history and present-day. Thomas Wolf’s Called Shot: Babe Ruth, the Chicago Cubs, and the Unforgettable Major League Baseball Season of 1932 recounts this incredible baseball season against the backdrop of one the United States’ most turbulent decades. In Little Wonder: The Fabulous Story of Lottie Dod, the World’s First Female Sports Superstar journalist Sasha Ambrasky brings to life this little-known sportswoman in what Publisher’s Weekly calls an “engrossing page turner … [and] astute history … for sports fans and women’s studies’ students.” Seth Berkman’s A Team of Their Own: How an International Sisterhood Made Olympic History recounts how a team of women athletes brought North and South Korea together during the 2018 Winter Olympics. New York Times Book Review calls it “A feel-good story.” 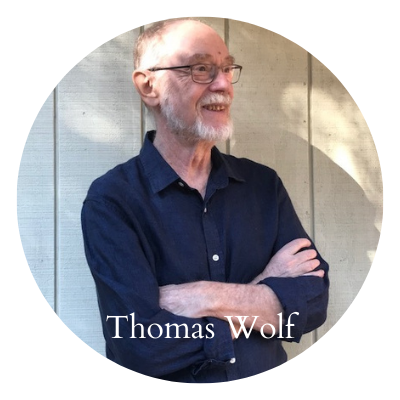 Thomas Wolf was born, raised, and educated in the Midwest. After graduation from Knox College in Galesburg, Illinois, and a two-year stint as a VISTA volunteer on Long Island, he earned an MFA in Fiction Writing from the Iowa Writers’ Workshop. He writes fiction and nonfiction.

He is a two-time winner of the Doris Betts Fiction Prize. His short story Boundaries; was awarded Special Mention in the 2014 Pushcart Prize anthology. Wolf is the co-author (with his wife, Patricia Bryan) of Midnight Assassin: A Murder in America’s Heartland (Algonquin Books 2005; University of Iowa Press 2007), a nonfiction account of a century-old Iowa murder case. The book was widely reviewed and received a starred review in Publisher’s Weekly, which described it as a “tale that reads like a good novel.” USA Today called it “meticulously researched and written.” He is a frequent participant at scholarly baseball conferences and has published four essays in The Cooperstown Symposium on Baseball and American Culture. His new book, to be published by the University of Nebraska Press in May 2020, is The Called Shot: Babe Ruth, the Chicago Cubs, and the Unforgettable Major League Baseball Season of 1932. 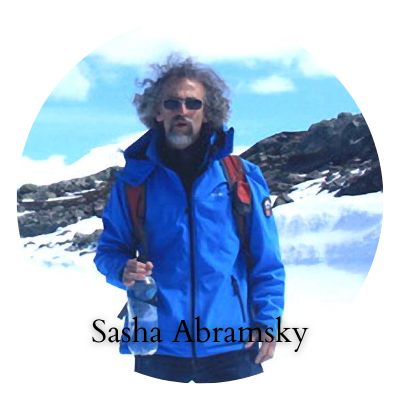 Sasha Abramsky is a freelance journalist whose work has appeared over the past twenty-five years in major newspapers and magazines in the United States and United Kingdom. These include the Nation, the Atlantic, the New Yorker online, Rolling Stone, Mother Jones, the New York Times, the Guardian, the Independent, the Observer, and the New Statesman. He has written widely about poverty and inequality; hunger; mass incarceration; the treatment of immigrants, refugees, and asylum seekers; along with book reviews, cultural essays, and travel writing. Little Wonder is Abramsky’s ninth book.

He teaches writing part-time at the University of California, Davis, and lives in Sacramento with his wife and two children. 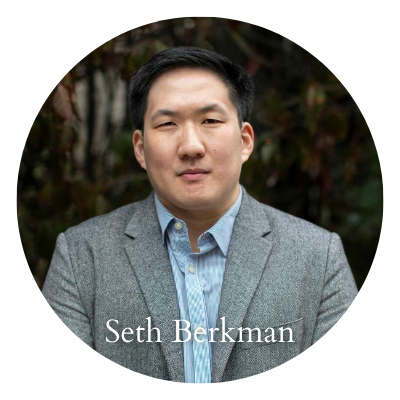 Born in Seoul and raised in New Jersey, Seth Berkman made his first trip back to South Korea during the 2018 Winter Olympics when Korea’s first women’s Olympic hockey team made their historic debut. Berkman first met the team while on assignment for the New York Times, where he has worked as a regular contributor since 2012. He has also had work published by The New Yorker, SPIN, ESPN and dozens of other local and national media outlets. After graduating with honors from Columbia University Journalism School, he gained reporting experience throughout North America, Europe and Asia.