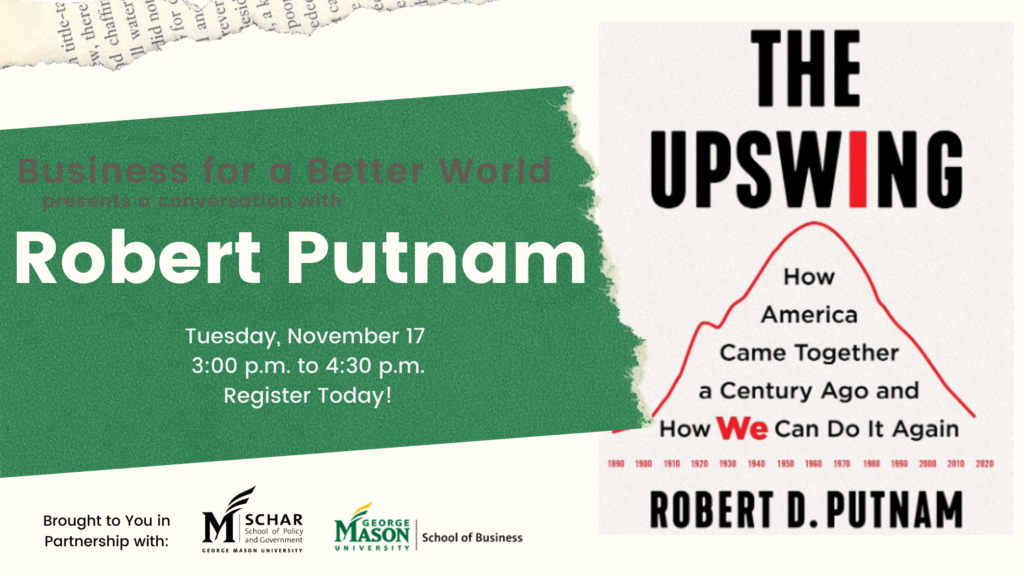 Deep and accelerating inequality; unprecedented political polarization; vitriolic public discourse; a fraying social fabric; public and private narcissism—Americans today seem to agree on only one thing: This is the worst of times.

But we’ve been here before. During the Gilded Age of the late 1800s, America was highly individualistic, starkly unequal, fiercely polarized, and deeply fragmented, just as it is today. However as the twentieth century opened, America became—slowly, unevenly, but steadily—more egalitarian, more cooperative, more generous; a society on the upswing, more focused on our responsibilities to one another and less focused on our narrower self- interest. Sometime during the 1960s, however, these trends reversed, leaving us in today’s disarray.

In a sweeping overview of more than a century of history, drawing on an inimitable combination of statistical analysis and storytelling, Robert Putnam and Shaylyn Romney Garrett analyze a remarkable confluence of trends that brought us from an “I” society to a “We” society and then back again. They draw inspiring lessons for our time from an earlier era, when a dedicated group of reformers righted the ship, putting us on a path to becoming a society once again based on community. Engaging, revelatory, and timely, this is Putnam’s most ambitious work yet. 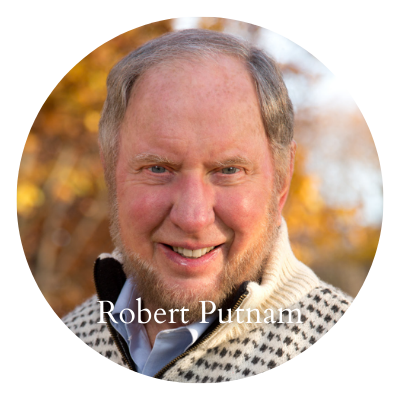 Robert Putnam​ is the Malkin Research Professor of Public Policy at Harvard University, having retired from active teaching in May 2018. Raised in a small town in Ohio, he was educated at Swarthmore, Oxford, and Yale. He is a member of the National Academy of Sciences, a Fellow of the British Academy, and past president of the American Political Science Association. In 2006 Putnam received the Skytte Prize, the world’s highest accolade for a political scientist, in 2013 President Barack Obama awarded him the National Humanities Medal, the nation’s highest honor for contributions to the humanities, for “deepening our understanding of community in America,” and in 2018 the International Political Science Association awarded him the Karl Deutsch Award for cross-disciplinary research. He has received eighteen honorary degrees from universities in eight countries, including in 2018, Oxford.

Putnam has written fifteen books, translated into twenty languages, including Making Democracy Work: Civic Traditions in Italy and Bowling Alone: The Collapse and Revival of American Community, both among the most cited (and bestselling) social science works in the last half century. American Grace: How Religion Divides and Unites Us, co-authored with David Campbell, won the Woodrow Wilson award as the best book in political science published in 2011. His 2015 bestseller, Our Kids: The American Dream in Crisis, chronicled the growing class gap among American youth.

Before coming to Harvard in 1979, Putnam taught at the University of Michigan and served on the staff of the US National Security Council. At Harvard he has served as Dean of the Kennedy School, Associate Dean of the Faculty of Arts and Sciences, and Director of the Weatherhead Center for International Affairs. He co-founded the Saguaro Seminar, bringing together leading thinkers and practitioners (including President Obama) to develop actionable ideas for civic renewal. His counsel has been sought by national and grassroots leaders on both sides of the aisle and both sides of the Atlantic, including Presidents Clinton, Bush, and Obama, Prime Ministers Blair and Cameron, and prime ministers from Ireland and Finland to Singapore and South Korea. Over the last several decades he has also worked directly with thousands of grassroots leaders in scores of local communities coast to coast across America.

He lives in Jaffrey, New Hampshire and Cambridge, Massachusetts, with his wife Rosemary. 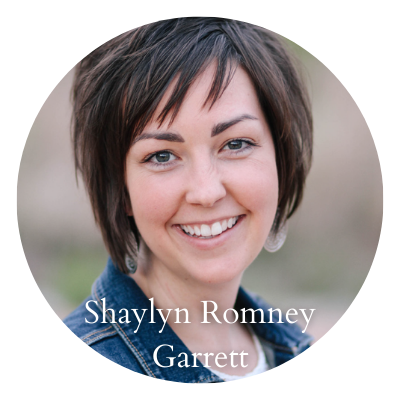 Shaylyn Romney Garrett​ is a writer who has dedicated her life to the pursuit of connection, community, and healing in an increasingly fragmented world. Her work includes the uniquely revealing portraits of religious communities across the United States in American Grace: How Religion Divides and Unites Us. She is a founding contributor to the Aspen Institute’s initiative, Weave: The Social Fabric Project, and writes about her personal journey back to community on her blog, Project Reconnect.

Shaylyn has also had a successful career as a social entrepreneur. With her husband, James Garrett, she co-founded Think Unlimited, a nonprofit venture working to catalyze social innovation in the Middle East. She lived in the Hashemite Kingdom of Jordan for six years, during which time she partnered with Queen Rania Al-Abdullah to bring an original Arabic language curriculum on creativity and critical thinking to Jordanian public schools. Shaylyn’s work has been featured by the New York Times, FastCompany, LinkedIn, Harvard Business Review, and Arab Investor. In 2011 she was honored with the prestigious Draper Richards Kaplan Social Entrepreneurship Fellowship, and was a finalist in the global Echoing Green Competition. She was twice awarded a membership to the Clinton Global Initiative, and has been a speaker at TEDx.