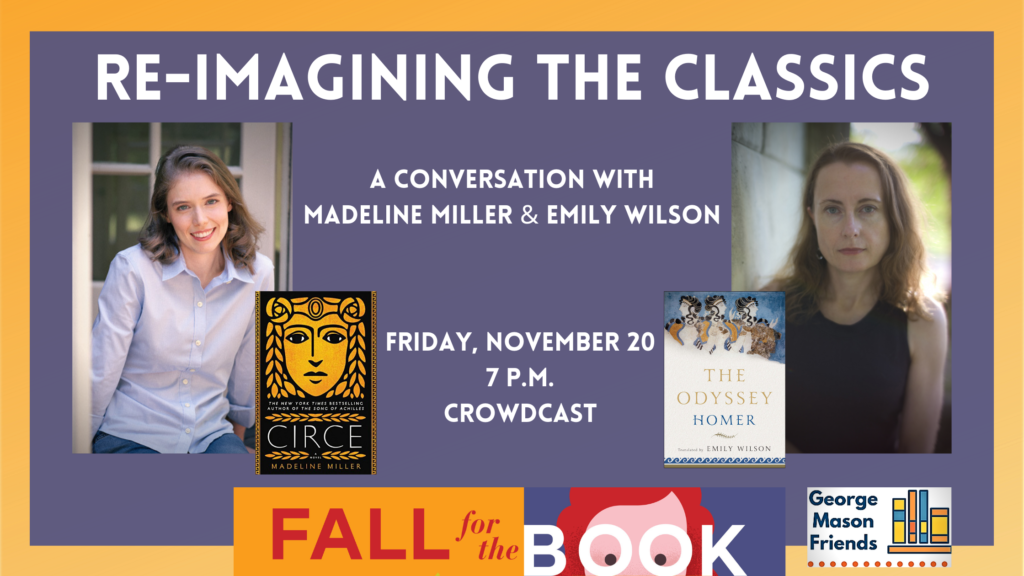 Revisit one of the most epic quests in all of literature: Homer’s The Odyssey. Emily Wilson’s translation breathes new life into the tale full of monsters, gods, and adventure. Exploring this famous story from an entirely new angle is Madeline Miller with her novel Circe, which follows the titular goddess witch exiled to live on one of the islands Odysseus and his shipmates land on during their journey. These two authors discuss the challenges and joys of revisiting the classics that changed the world, both in carefully choosing the language to express them, and exploring the other sides of the story. Sponsored by the George Mason Friends, in memory of Charlotte Sell. 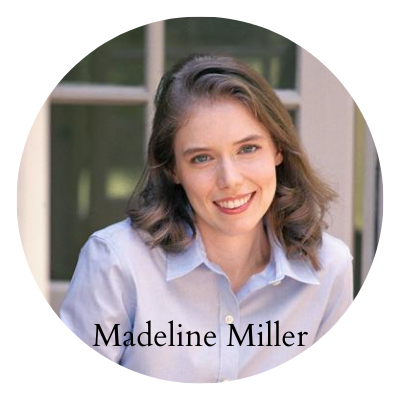 Madeline Miller was born in Boston and grew up in New York City and Philadelphia. She attended Brown University, where she earned her BA and MA in Classics. She has taught and tutored Latin, Greek and Shakespeare to high school students for more than fifteen years.

She has also studied at the University of Chicago’s Committee on Social Thought, and in the Dramaturgy department at Yale School of Drama, where she focused on the adaptation of classical texts to modern forms.

The Song of Achilles, her first novel, was awarded the 2012 Orange Prize for Fiction, was a New York Times Bestseller, and shortlisted Madeline for the 2012 Stonewall Writer of the Year. Her second novel, Circe, was an instant number 1 New York Times bestseller. Her work has been translated into over twenty-five languages including Dutch, Mandarin, Japanese, Turkish, Arabic and Greek, and her essays have appeared in a number of publications including the Guardian, Wall Street Journal, Lapham’s Quarterly and NPR.org. She currently lives outside Philadelphia, Pennsylvania. 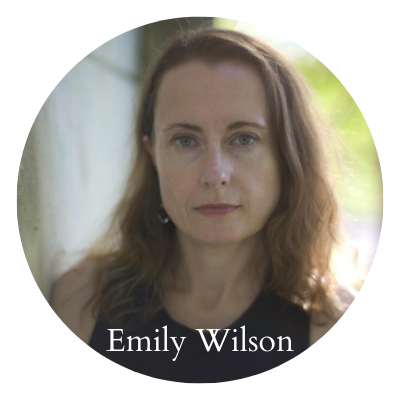 Emily Wilson is professor of Classical Studies and chair of the Program in Comparative Literature and Literary Theory at the University of Pennsylvania. She is the author of Mocked to Death: Tragic Overliving from Sophocles to Milton (2004), The Death of Socrates: Hero, Villain, Chatterbox, Saint (2007), and The Greatest Empire: A Life of Seneca (2014), as well as the translator of Six Tragedies of Seneca (2010) and four plays by Euripides (The Greek Plays, 2016).