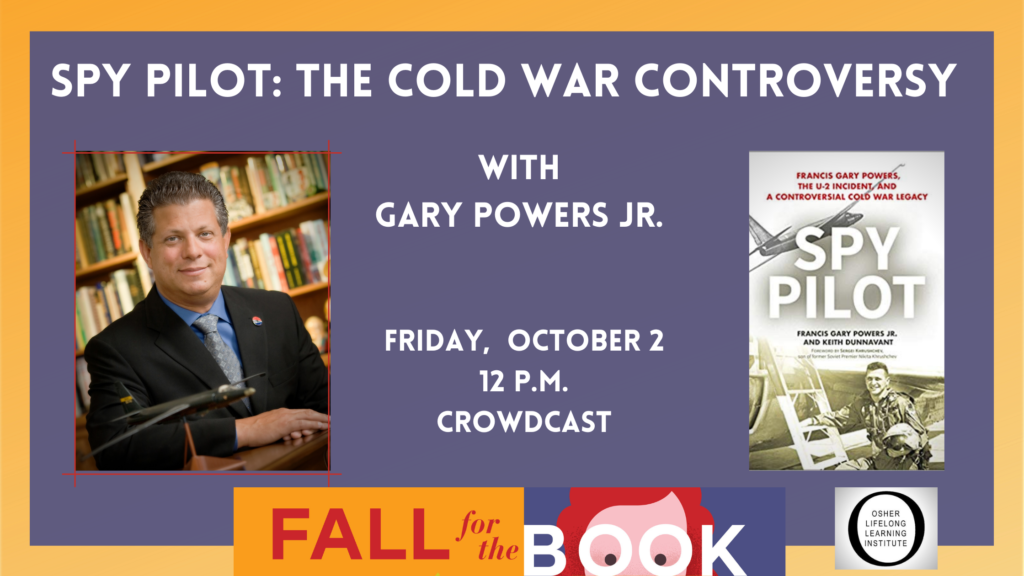 In Gary Powers, Jr.’s book Spy Pilot: Francis Gary Powers, the U-2 Incident, and a Controversial Cold War Legacy, a son uses declassified documents to dispel misinformation about his father, the pilot famously shot down over the Soviet Union in May 1960 and captured by the KGB — one of the most talked about events of the Cold War. Despite later being cleared of all charges, Powers’ apology at a televised Soviet show trial created a controversy that dogged him for the rest of his life. Vince Houghton, curator at the International Spy Museum says, “Spy Pilot is our chance to finally meet the man behind the legend.” Author Norman Polmar calls the book “a must-read for those interested in the Cold War, intelligence, and aviation.” Gary Francis Powers, Jr. is the Founder and Chairman Emeritus of The Cold War Museum. He co-wrote Spy Pilot with historian Keith Dunnavant. Sponsored by the Osher Lifelong Learning Institute.

(Note: This event will air live on Crowdcast only and will not be available for viewing on Youtube or Facebook.)

Reserve Your Spot and Watch the Event - Live Only 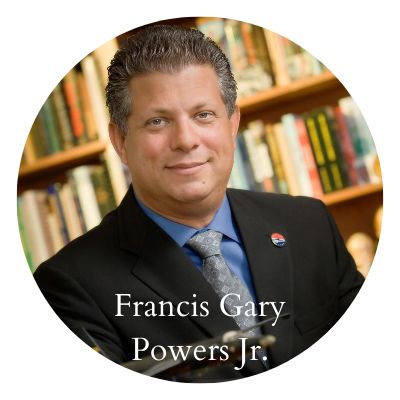 Gary is the Founder and Chairman Emeritus of The Cold War Museum, a 501(c) (3) charity located at Vint Hill, VA 45 minutes west of Washington, DC. He founded the museum in 1996 to honor Cold War veterans, preserve Cold War history, and educate future generations about this time period. As Chairman of the Presidential Advisory Committee for the Cold War Theme Study he works with the National Park Service and leading Cold War experts to identify historic Cold War sites for commemorating, interpreting, and preservation. Recently, he consulted for a Steven Spielberg Cold War thriller, Bridge of Spies, about James Donovan who brokered the 1962 spy exchange between KGB spy Rudolph Abel and CIA U-2 pilot Francis Gary Powers, Sr.

Gary is the author of Letters from a Soviet Prison (2017) and Spy Pilot (2019) which both help to dispel the misinformation surrounding the U-2 Incident. He is a Board Member of the Strategic Air Command and Aerospace Museum near Omaha, NE and an Honorary Board Member of the International Spy Museum in Washington, DC. Because of his efforts to honor Cold War veterans the Junior Chamber of Commerce selected him as one of the “Ten Outstanding Young Americans” for 2002. Gary lectures internationally and appears regularly on C-SPAN, the History, Discovery, and A&E Channels. He is married and has one son.