Celebrate Mason’s past while we look toward our future. Join longtime Creative Writing Program director Bill Miller as we celebrate Susan Shreve and hear about career publishing thirteen novels, thirty children books, as well as numerous essays and short stories. Shreve is a former chairman of the PEN/Faulkner Foundation and in 1980 founded one of our country’s oldest MFA programs, George Mason’s very own Creative Writing program. Our program gained early success due to its location and studio-workshop model and overtime evolved into the program we know today. Revisit a beloved writer’s brilliant career as well as her role launching the MFA on its 40th anniversary. Sponsored by the George Mason Creative Writing Program. 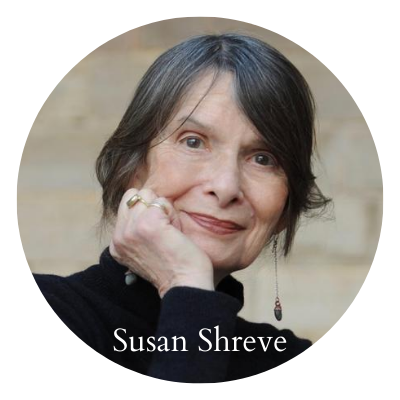 Susan Shreve is the author of over fifteen novels, most recently More News Tomorrow and a memoir, You Are the Love of My Life, Warm Springs: Traces of a Childhood plus twenty-nine books for children. She has edited or co-edited five anthologies and her essays have appeared in several collections as well as The New York Times, The Washington Post and several magazines.

She was co-founder and has been a Professor in the Master of Fine Arts Program at George Mason University for more than forty years. Susan has been a Jenny Moore Fellow at George Washington University, a visiting writer at Princeton University, for several years at the School of the Arts of Columbia University, Bennington College Summer Seminars and Goucher College.

In 1985, she co-founded the PEN/Faulkner Foundation and served for thirty years most recently as Chairman. PEN/Faulkner began as an award in Fiction but developed a Writers in Schools Program in which more than 200 writers discuss their books in all of the DC public and public charter schools. The writers work as well with incarcerated youth and pregnant high school students.

She has been a recipient of a Guggenheim Fellowship in Fiction, a grant in fiction from the National Endowment for the Arts, the Grub Street Award in Non-Fiction, the Alumni Award at the Sidwell Friends School, and the Writers for Writers Award from Poets and Writers. She serves on the Advisory Board of Poets and Writers, the Advisory Board of 826DC and the board for The Cheuse International Center at George Mason University.